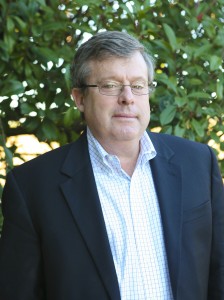 Robert L. Clement, III, a native of Charleston, SC, is a graduate of Episcopal High School in Alexandria, VA, and Washington and Lee University in Lexington, VA. For three years after college he worked for Royal Cup, Inc. in Birmingham, AL, and in Atlanta, GA before joining the commercial real estate firm of Laguarta, Gavrel & Kirk, Inc. in Houston, TX. Mr. Clement spent four years with the Houston firm before returning to Charleston where he joined the Max L. Hill Company, Inc., as Vice President and Manager of the Commercial Real Estate Division, a position he held for seven years.

In March of 1993, Mr. Clement helped form the full service real estate firm of Clement, Crawford & Thornhill, Inc., known as CC&T Real Estate Services, and serves as its President. He is a developer and principal in a number of large developments including the Bell South Telecommunication Regional Headquarters, the Macalloy Project, the Midtown Project and Laurel Island.

Mr. Clement has been active in many civic and charitable organizations, including the Historic Charleston Foundation, the Charleston Regional Development Alliance, the Charleston Area Convention and Visitors Bureau, the Charleston Museum, the Charleston Metro Chamber of Commerce, the Coastal Carolina Council of the Boy Scouts of America and the First Scots Presbyterian Church.

An avid hunter and conservationist, Mr. Clement is restoring 1,000 acres of land known as Willingham Plantation in Allendale, S.C. He has enrolled the plantation in a unique wetlands restoration program, bringing back indigenous plants and wildlife. Mr. Clement resides in the historic district of Charleston with his wife Carol and their four children, Chip, Coleman, Helen and Lebby.